Who are the Hindu gods?

Hindu Religion Originating in the India’s Valley over 5,000 years ago is the world’s oldest surviving religion with 750 million followers. It is so old that there are no known founders authors or prophets. Hindus believe in one God
Brahma as well as the hundreds of other forms of Brahma. These gods are sent to help people on earth in their daily
struggles as well as to help them to know God better.

The three most important Hindu gods are Brahma,Vishnu and  Shiva.

Brahma is the four headed creator of all things in order to make the world he created his own
goddess wife with which he produced the human race.

Vishnu Vishnu also known as the preserver protects humankind and keeps cosmic order he is often
represented resting on the coils of a snake.
Vishnu wields for weapons in each of his four hands ready for him to incarnate into human form so that he may battle demons.

Shiva the destroyer the god Shiva brings destruction in the most purifying of ways as in the destruction of the ego. Shiva has many forms including,  Nataraja who dances for the good of the world revealing the cycle of death birth and rebirth.

Ganesha is the elephant head God perhaps the most recognizable of all the Hindu pantheon. He is the Lord of all existing beings. How he goddess elephant head is still in dispute one story tells how an angered Shiva cut off Ganesha’s head only to replace it with that of an elephant, Master of wisdom Ganesha possesses no less than 32
different forms offering protection to devoted Hindus.

Krishna the eighth avatar or incarnation of Lord Vishnu.  Krishna is the god of pure love and happiness.
He Brought up on earth by a cow Hertz family. He became the protector of cows.
The focus of the Harry Krishna movement this God was known for his amorous relationships because of his rich
romantic legacy.
Krishna has been represented in more paintings, poetry sculpture and music. 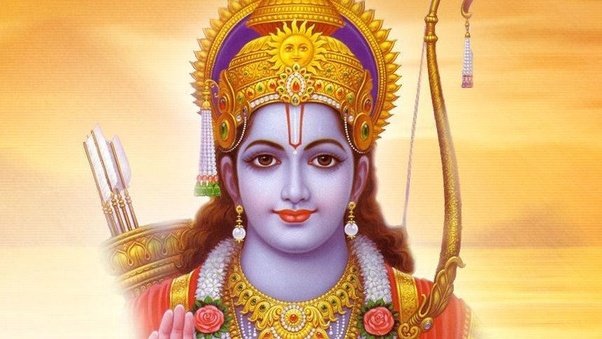 Ram is  the God of warrior. He is known for his  blue skin and mighty bow.
Ram is a seventh incarnation of Vishnu coming to earth to battle the cruel demon king Ravan.  Ram married the beautiful princess Sita after proving himself by bending the bow of Lord Shiva. Eventually both
RAM and Sita became king and queen.

Shakti more energy force that God shakti destroys demons it preserves the balance of things all gods of Hinduism utilized the Shakti force this mother goddess wields the power of creativity and female energy and is the focus of Tantra, yoga.

Kali the goddess of time and death Kali is one of the most intimidating of gods known for her protruding tongue and
multiple arms.  Kali possesses the ability to paralyze demons and ignorance.

God Hanuman began his life as a naughty youngster who played pranks on others. His powers included great strength and the ability to quadruple his size which was very helpful in fighting demons.

Hindus often select a personal god or goddess to revere nurture and pray to daily this worship may take place at a
temple or Mandir.
It can also be celebrated at home at a shrine that is constructed in one specially selected section of a room. Every morning the god is awakened with a prayer and then present it with offerings which may be in the form of music food flowers or incense.

Hindu families often adorn their homes with depictions of their gods soldiers.
On earth for some Hindus the stories are accounts of events that actually took place others however refer to the
accounts as simply beautiful stories that offer inspiration the stories of the Hindu gods are told in the Bhagavad.
Gita a Sanskrit scripture that dates back to the fifth century BC one’s personal God can be taken with you anywhere even on the dashboard of your car.